My design is a direct-conversion radio receiver for the 80 meter amateur radio band. It covers the lower end of the band, 3.500 - 3.535 Mhz, the most-used portion of the band for CW ("Morse code") operation.

"Direct conversion" refers to a receiver architecture where the radio signals are directly converted to audio frequencies (as opposed to the more complex "superheterodyne" design).  Direct-conversion receivers are by far the most popular design for homebrew amateur radio equipment, and even for some simple commercially-available products.

I set as my goal the design of a radio receiver that used no active devices other than the mighty 555 timer.  The circuit I produced contains only three 555 chips, plus four diodes for the mixer.

The radio's performance is really quite good.  It would be perfectly usable as part of  a low-power ("QRP") setup.  The 555 turns out to be very noisy when used as this sort of amplifier, but on 80 meters the high level of naturally-occurring noise makes this less significant.

The primary limitation of the unit is selectivity (the ability to receive the desired station, while excluding other nearby stations).  You can hear this in the demonstration at the end of the first video -- several stations are often heard at once.  You also hear a lot of noise, but that's normal for the 80 meter band, not a deficiency in the design. The selectivity issue isn't a fundamental problem with the design; I just couldn't be bothered to design a better audio filter.

A great deal more detail is contained in the two videos:

The second (very brief) video demonstrates a significant design improvement.  I didn't have time to rework the radio hardware to incorporate it, so I submit it for your consideration as part of the overall design project.

The project from various angles: 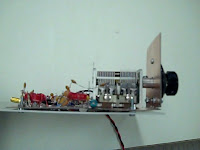 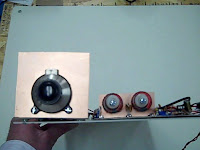 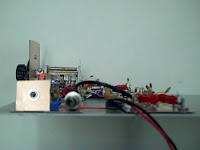 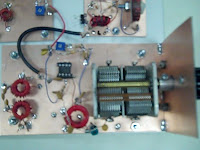 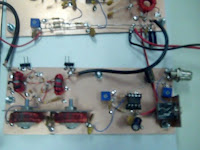 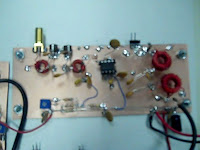 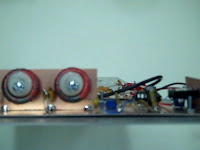 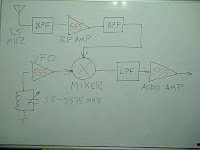 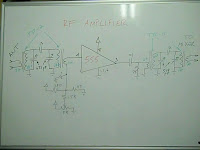 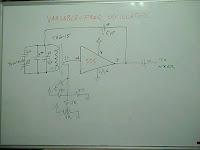 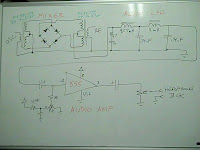 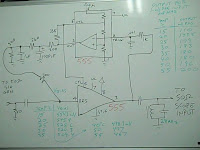 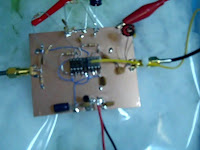